Song of the Week: Simple Gifts

We’re heading back to the US and back in time for this week’s song, “Simple Gifts.” You probably know this song. You might also know that it’s a piece by one of the most emblematic American classical composers of all time, Aaron Copland. But did you know that it was actually originally a Shaker tune? Tune in for more info below (hehe.)

In 1848, Elder Joseph Brackett wrote “Simple Gifts” in his Shaker community in Maine. The Shakers (or United Society of Believers in Christ’s Second Appearing) were a small group that left England to find religious tolerance in North America. The Shakers believed in simplicity, equality, celibacy, communal living, and interestingly enough some very similar ideas about music bringing the community together that we share at TMC. 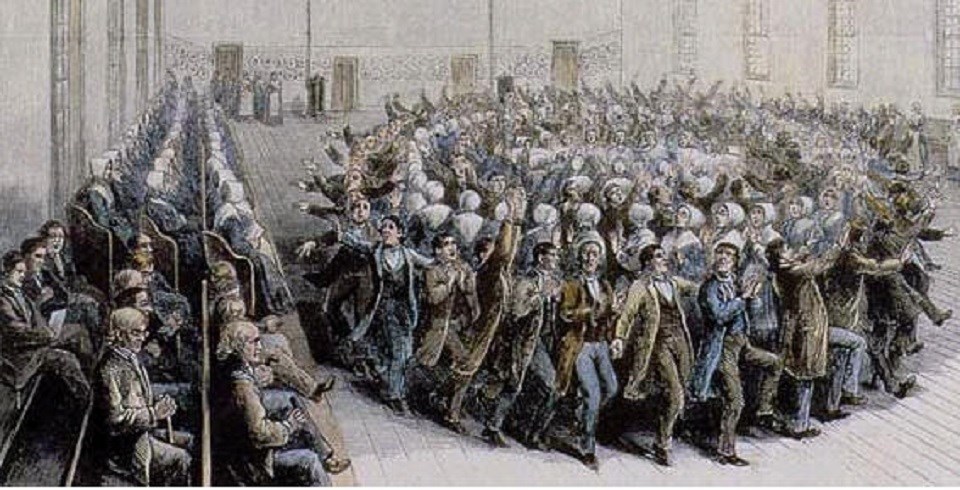 The main goal of Shaker songs was to unite the community. This meant that even though they were a religious group, they sometimes drew inspiration from secular folk tunes because people were familiar with them, so it was easy to sing along. (This is exactly why we include songs like “Twinkle, Twinkle Little Star” in Music Class.) Shakers also preferred melodies that were uncomplicated and clear so that everyone could join in. (This is the point of songs like “Baby Babble” in Music Class.) One of the most important aspects of a song is the ease with which everyone can sing it. This is so important for TMC and, apparently, for the Shakers! If you have 30 minutes, I highly recommend you watch THIS SHORT FILM featuring some of the last surviving Shakers talking and singing about their lives.

SO, this brings us to “Simple Gifts.” This song was completely unknown to the masses until Aaron Copland heard the melody and decided to include it in his ballet Appalachian Spring in 1944. Copland then arranged the song a second time in his first set of Old American Songs; where he literally collected and arranged an assortment of old American songs. Check out this truly beautiful example melding the ballet and vocal versions together!

IN CONCLUSION, this has been a very condensed history of a very American folk song. THE END! But actually, let’s finish with one more very fun and very American tradition, a marching band. OK, NOW IT’S THE END!