Song of the Week: Teddy Bear

Ok we’re breaking from the theme this week because according to Rob, “Teddy Bear is one of the most musically interesting songs on the collection - you have to do it!” So instead of talking about a whole country or culture’s music, we’re going specific. This blog is all about our favorite things…

Now, people have literally written entire theses on this one song alone. That’s because John Coltrane was one of the most influential jazz musicians of all time, and this song is one of his most famous. One of the reasons Coltrane’s “My Favorite Things” is so important is BECAUSE it did something super rare in jazz - it became a widespread, commercially successful hit!

“My Favorite Things” was originally written by Rogers and Hammerstein for The Sound of Music. I’m sure you remember Julie Andrews singing it in the movie version; that’s how I learned the song! Here’s a refresher:

Now, let’s watch John Coltrane’s version. It’s obviously identifiable as the same song, and at the same time, it’s very different. This is probably why it was able to break into the mainstream because people recognized a tune that they already knew and loved and were able to experience it in a totally new way.

Do you see the instrument Coltrane is playing? It’s called the soprano saxophone. Miles Davis bought John Coltrane his first soprano sax while they were on tour together in Paris. In his autobiography, Miles Davis says, “After he got that [soprano] horn his style changed. After that, he didn't sound like nobody but himself. He found out that he could play lighter and faster on the soprano than he could on the tenor…when he played the soprano, after a while it sounded almost like a human voice, wailing.”

The most famous soprano sax recording in jazz history is Coltrane’s “My Favorite Things.” So, obviously, we had to include a soprano sax in “Teddy Bear!” Check out this video Ms. Emily made:

Sidney Bechet, a New Orleans jazz musician who became incredibly famous in France, is considered the father of the soprano sax. Bechet and Louis Armstrong were two of the earliest jazz musicians to become famous for improvising swinging solos. Even though Bechet (and his soprano sax) was a mainstream celebrity in France, he was relatively unknown in the US. So, it makes sense that Coltrane’s first soprano sax came from Paris where Bechet had made it famous! Here’s a great clip of Bechet:

There are SO. 👏 MANY. 👏 REASONS. 👏 Coltrane’s “My Favorite Things” is hugely musically significant, including popularizing the style of Modal Jazz that Miles Davis pioneered with “Kind of Blue.” (Amazing behind-the-scenes footage and interviews HERE.) All of these reasons are why it is important to include "Teddy Bear" in our Music Class curriculum. Our goal for this song is to introduce children to this style of jazz when they're little so they can understand and appreciate it when they're big. Our goal for this blog is that you have been inspired to dig deeper into Coltrane and all the jazz greats with your kids! And last but certainly not least, I’d like to leave you with this picture of Rob’s head photoshopped onto Julie Andrews’ body. The end. 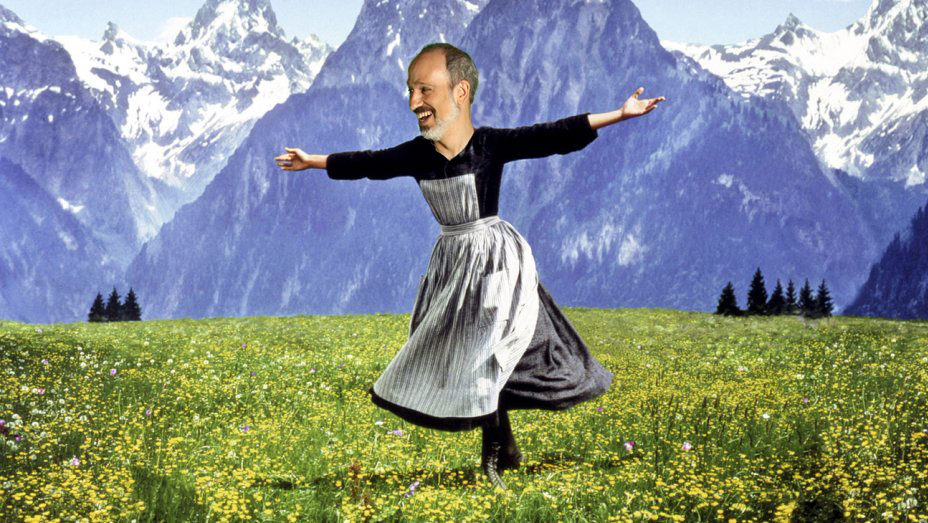