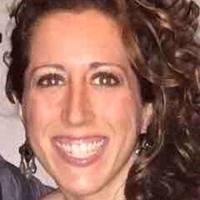 Gina Smith grew up immersed in music. Her grandmother played the organ and had a beautiful Gibson guitar. Her father was the worship leader in her home church, and
Gina can’t remember a time where she wasn’t singing with him on stage or sitting in the car with him, seeing who could hold a note the longest before taking a breath.
More formally, Gina began singing in choir and school productions at the age of 7. In 4th grade, she learned to play the clarinet and by 6th grade was also playing the bass clarinet for the school’s symphonic band. In middle school and high school, Gina participated in a number of solo and ensemble competitions for voice and instrument. In 9th grade, Gina joined the marching band and took up the trumpet in able to join the all brass league.

While in high school, Gina won a summer music scholarship for voice to Baldwin Wallace college. In 2000, she won the Northeast Ohio Church of God Teen Talent competition where she was able to compete in the international finals in St. Louis. She graduated while earning the National School Choral Award in 2000.

College saw a time where Gina changed her course of study and went into medicine. She became an Ophthalmic Assistant and contributed to numerous ophthalmic medical publications and participated in clinical trials for cardiovascular and cerebrovascular disease.

In 2017, Gina and her husband gave birth to their long-awaited daughter, and Gina decided to become a stay at home mom. Throughout this time, she continued to play piano and lead worship for both children’s and adult ministries at her church. She is very excited to come back to her first love, music, and teach others that same love. 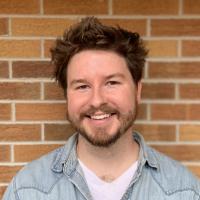 Walsh Moore is a father, music teacher, singer/songwriter and amateur homesteader. His childhood was filled with music, performing both in school and professionally. He began college studying musical theater at Elon University and then transferred to complete his degree at the Berklee College of Music where he graduated with a focus in songwriting and music business. For the past five years Walsh has been teaching voice, guitar, ukulele, and performance privately to students of all ages in the Nashville area. When he is not teaching, he is with his wife and son working in the garden or tending to their chickens and honey bees. Walsh is thrilled to be a part of Sound Start to share the joy of music with the Nashville community and help children develop their musical foundation! 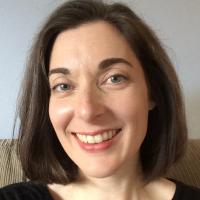 Rachel Hoffman grew up in a musical family.  She began piano lessons at the age of five and continued her musical study by taking voice lessons, participating in many choirs, competing in vocal competitions, and later studying at the prestigious Berklee College of Music where she received her Bachelor’s degree in Music with honors.   As a Professional Music major, she specialized in Songwriting, Performance and Private Studio Instruction.   She moved to Nashville in 1998 to work for Warner-Chappell Music Publishing and opened a voice studio where she continues to teach older children, teens and adults.  Rachel brings great joy and experience in working with infants and young children.   She has served on church nursery committees, has written early childhood curriculum (including music) for church nurseries, has directed several children’s music performances for which she has also written music and she started our early childhood music classes in November of 2004. Since opening, Rachel has taught well over 1000 of Nashville's youngest musicians. Rachel enjoys performing and does so when her busy, wife and mother-of-three schedule allows her to do so.  Rachel absolutely loves being the owner and director of Sound Start Early Childhood Music in Nashville, TN. 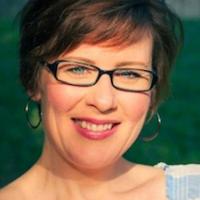 Karin Simmons was introduced to music at an early age. Born into a family of musicians, she began piano lessons at the age of four and studied classically until she was sixteen. Karin received her bachelor’s degree in Music Business from Anderson University in Anderson, Indiana. After graduation, Karin relocated to Nashville where she has worked for an internationally known music publisher on famed Music Row, served as the Music & Worship Director for a local church, and assisted and accompanied the renowned violinist, author and motivational wellness expert, Ruth McGinnis. Karin is an accomplished pianist and vocalist and had the privilege of playing for the 2005 Inaugural festivities in Washington, D.C.. Karin is married to Scott and they have two young boys that she gets to stay at home with! She loves teaching her music classes and serving as a worship leader in her church.